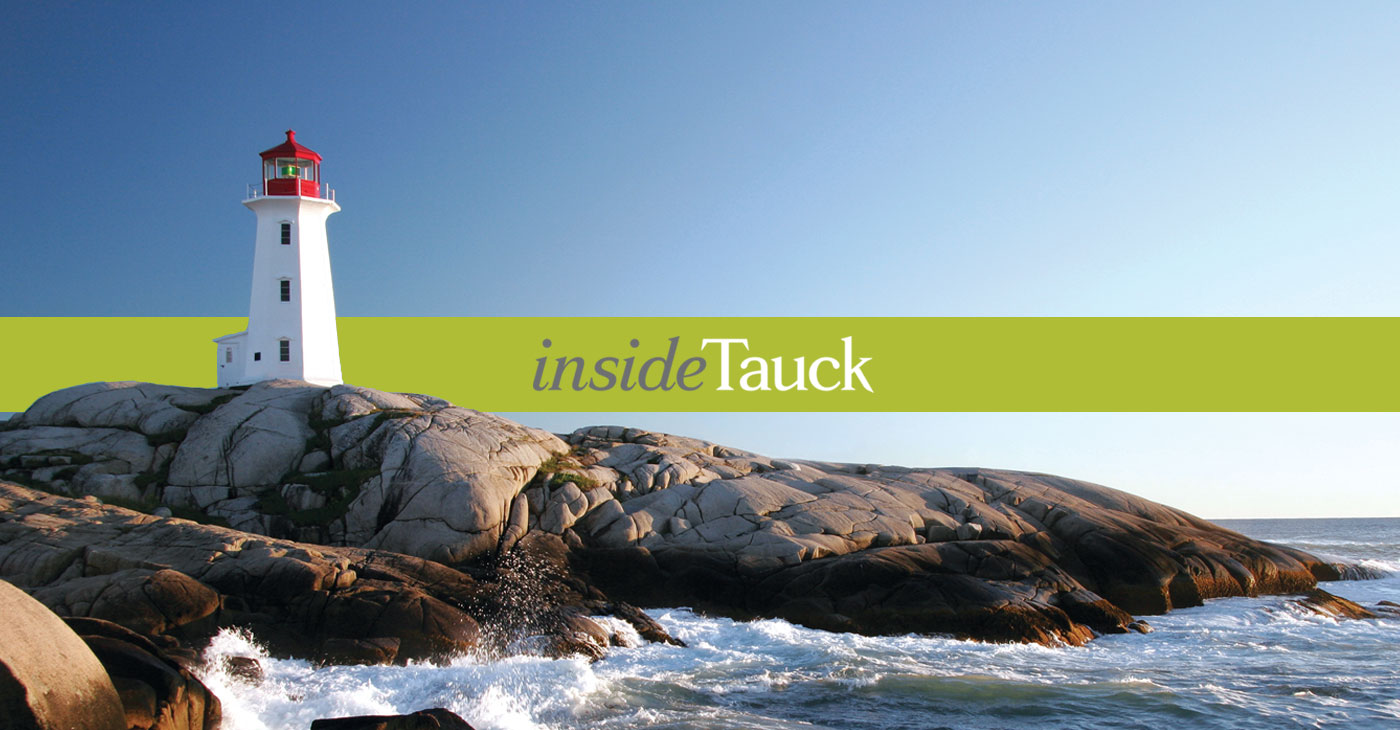 Shaped by the sea, sculpted by the winds and seasoned by the salty air, few places on Earth have been as profoundly influenced by the forces of Mother Nature than Canada’s Maritime Provinces. Here lonely lighthouses stand watch over craggy coastlines, wind-swept, white watered and eroded by the tides, including the highest tides in the world at the Bay of Fundy. Whales, fond of summer seafood feasts, cruise the waters off Nova Scotia and New Brunswick, breaching often to the thrill of mariners who happen by in search of their own bounty from the ocean deep. Shellfish, chowdered, sauteed, fried, broiled and always fresh, are staples here, partnering with literary landscapes and multicultural gems to win over guests who make their way to its inviting shores.

Join two of our expert Tauck Directors for a closer look at the many splendored charms of the Canada’s Maritime Islands as they share the history, traditions and tastes of the locals who call them home. The stories they’ll tell about life in Halifax, scallops in Lunenberg, New Brunswick’s Hopewell Rocks, treasures of Prince Edward Island and Cape Breton’s Keltic influences and wildlife galore are sure to inspire a visit of your own.

Please RSVP below – and send any questions you may have about these storied destinations to insidetauck@tauck.com in advance so we make sure to cover them during our presentation. We look forward to having you join us!

Born and raised in Newfoundland, Canada, Stephanie Morris joined Tauck in 2015 after spending 15 years working in hospitality management on Prince Edward Island and three years leading polar bear and beluga tours in Churchill, Manitoba, where she lives today. A certified kayak guide, canoe instructor, life guard and Wilderness First Aid responder, you’ll find her introducing guests to the Canadian Rockies and Glacier National Park with passion and enthusiasm as she shares her love of nature and wildlife everywhere she goes. She’s a world traveler with more than 23+ countries under her belt, has visited 30 of states in the US and even called Nantucket home for close to a year. But it’s the Canadian provinces that stir her soul for adventure, and call her back no matter where her travels have taken her. Discovering the Canadian wilderness through her eyes is to explore with a naturalist well-versed in the great outdoors, to travel with a former dog musher knowledgeable about arctic animals – and glacial terrain, and to indulge in poutine, smoked salmon, ice wine, seafood, ocean fresh, and maple everything, for a true taste of life in Atlantic Canada.

Eric Croft hails from the quintessential fishing town of Lunenburg on the South Shore of Nova Scotia, Canada, one of only two urban communities in North America designated as a UNESCO World Heritage Site. The first certified tour guide in Nova Scotia, and more recently an online “ordained minister” should guests visiting Niagara Falls want to marry or renew their vows in front of the 8th Natural Wonder of the World, Eric joined Tauck in 2008. He has led our safaris in Kenya and Tanzania, making his home in a cow dung hut he built with the Maasai and climbing mountains in Cape Town and Tanzania, including Mt. Kilimanjaro, with Mt. Everest on his list next. But sharing his part of the world, Nova Scotia, with our guests is personally rewarding for him. Involve all your senses when you explore Atlantic Canada he advises. Get your toes wet in the Atlantic Ocean, at Niagara Falls and in the Athabasca River. Taste the local food. Listen to the silence. Look up at the stars at night. Smell the crisp mountain air and the salty ocean. And immerse in beauty of it all to really understand what’s so special about America’s neighbor to the north.