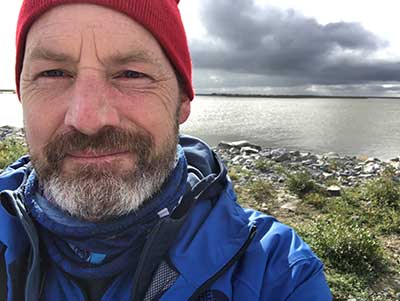 Polar Bears – unique sub-Arctic wildlife – 1,000 years of Inuit, Dene and Métis stories and legacies – we invite you to join us for an in-depth look at remote Churchill, Manitoba, “Polar Bear Capital of the World.” Dr. Stephen Petersen, Director of Conservation and Research for Assiniboine Park Zoo, and longtime Tauck Director Rob White will share their expertise, knowledge and passion for what makes Churchill unique and special, as well as some insights into the Polar Bear – one of the world’s beloved animals.

Dr. Stephen Petersen has been a wildlife biologist for more than 20 years. His department has a strong focus on the ecology, behavior, and genetics of Arctic marine mammals, and they have been conducting research in Churchill for almost a decade. Some of the polar bear-focused research includes using thermal imagery to understand polar bear energetics and mapping polar bear denning in Canada. The Conservation and Research Team is also involved in rearing and releasing Critically Endangered butterflies in southern Manitoba and works in various ways to help species in the wild.

Longtime Tauck Director Rob White worked for Fairmont Hotels and Resorts for 10 years prior to joining Tauck. Rob currently lives in Newfoundland, and his extensive experience guiding tours with Tauck throughout Canada includes the Canadian Rockies, the Maritime Provinces – and of course Hudson Bay and Churchill. Rob shares: “I pair each of my tours with local music, customs, tastes, and more… to make memories for the guests that are special, meaningful, and unforgettable… so that when the tour is ending, guests feel they not only visited an area, but truly lived it as the locals do.”